The handover was officially carried out by the IACCB Strategic Advisor, Paul Boon to the Head of SPR Mega Jaya, Darwanto, and witnessed by the Acting Head of the Bojonegoro District Livestock and Fisheries Office, Drh Catur Rahayu.

During 33 months of partnership with the IACCB Program, SPR Mega Jaya Bojonegoro has succeeded in breeding Brahman Cross (BX) cattle to produce 143 calves. Currently, the SPR Mega Jaya is also awaiting the birth of 42 more calves. From the 143 calves that have been raised, 121 of them have been sold with a total sales value of Rp 881 million.

Acting Head of the Bojonegoro District Animal Husbandry and Fisheries Office, Drh Catur Rahayu, expressed her pride in the success of SPR Mega Jaya. "SPR Mega Jaya has proven its success and diligence in caring for and managing Brahman Cross cattle from Australia, so they become the icon of Bojonegoro District to inspire other SPRs in the district. "Said Drh Catur.

Furthermore, Drh Catur also stated that in addition to successfully caring for cattle properly, the successful management and recording of SPR Mega Jaya was also an important achievement for the commercial success of small farmers. "The success SPR Mega Jaya can be an example for other small farmers in East Java in particular to develop a profitable cattle breeding business," he concluded. 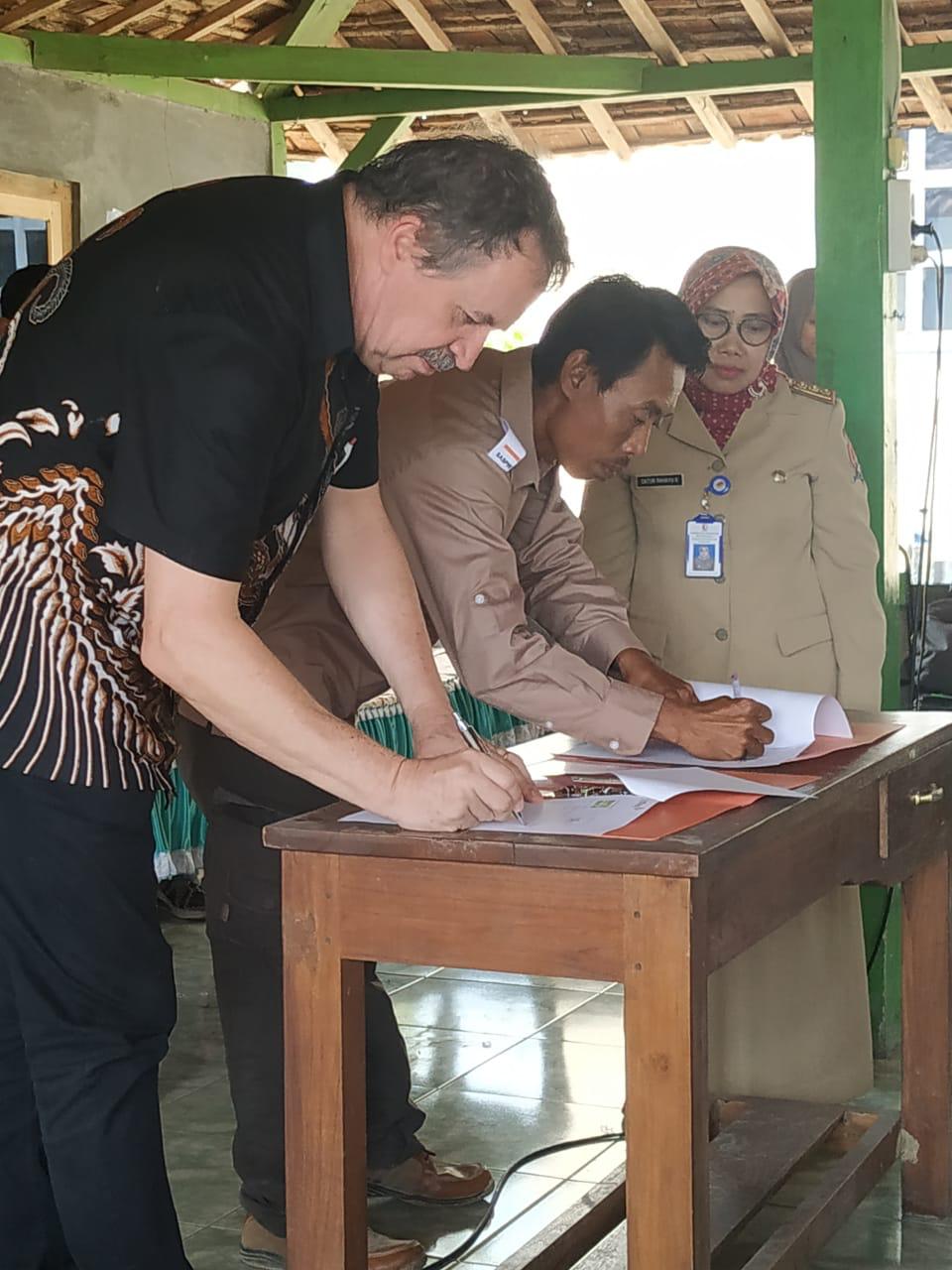 IACCB's Strategic Advisor, Paul Boon, said that the success of the Mega Jaya SPR was evidence of the successful collaboration between small farmers, local governments, and civil society organizations. "Through the IACCB Program, SPR Mega Jaya has not only received the Brahman Cross cattle, but also received intensive technical assistance," said Paul.

The IACCB program even connects SPR Mega Jaya with the Gita Pertiwi Foundation to conduct organizational guidance, so that the transparency of SPR Mega Jaya as an organization increases, resulting to strong bonds between its members to achieve their objectives. This success brought the Bojonegoro District Government to work directly with the Gita Pertiwi Foundation to partner with other SPRs throughout the Bojonegoro District.

Furthermore, Paul also said that SPR Mega Jaya has gone through the Commercial Viability Assessment (CVA) process and has shown good efforts in improving livestock productivity, controlling costs and managing a conducive business climate for 33 months in partnership with the IACCB Program. " The level of calving rate still can be improved to achieve more sustainable commercial viability, but with current achievements, SPR Mega Jaya Bojonegoro has succeeded," concluded Paul.

The IACCB program aims to increase the population of cattle in Indonesia through the expansion of the beef cattle breeding industry on a commercial scale in Indonesia. The IACCB does this through partnerships with eight projects in five provinces in Indonesia, and piloting three cattle breeding models (1) Integradted Cattle and Oil-Palm Production System; (2) Open Grazing and (3) Cut-and-carry smallholder group.

The IACCB Program is a program under the Indonesia and Australia Partnership on Food Security in the Red Meat and Cattle Sector (Partnership). Through the Partnership, Australia is committed to help Indonesia until 2023 with a total of AUD $ 60 million in funding.